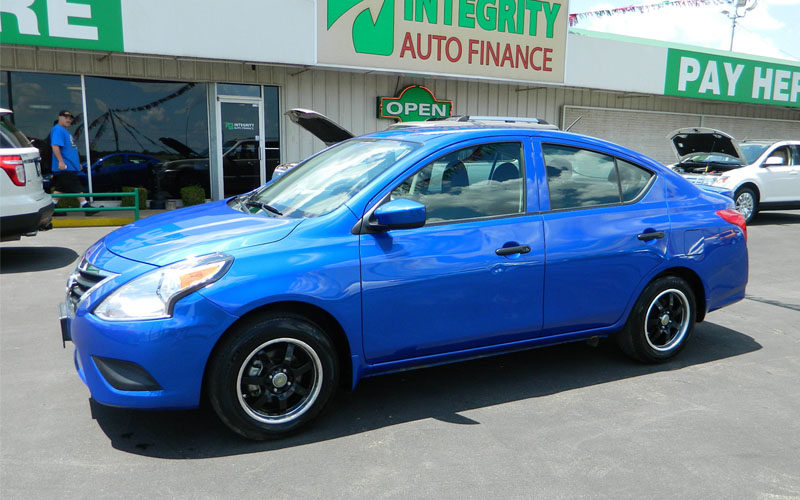 Once you’ve owned one or two vehicles in your lifetime, you realize that the cost of ownership involves much more than just a car payment. What you have to pay to fuel up and maintain your car is just as important as your vehicle’s price tag. If you’re driving a gas-guzzler, you’re probably ready for a change. Here are some of the best used economy cars on the market today.

A used Toyota Yaris from model years 2009 and up will get you an overall MPG between 30-34, which is excellent for a used vehicle. The Yaris comes in both 2-door and 4-door hatchback models as well as manual and automatic transmissions.  All base models come with anti-lock brakes, electronic stability control, and traction control.

If you’re looking for a well-equipped and economical used subcompact car, the Chevy Sonic might be the perfect choice. With 14.9 cubic feet of cargo space, there is plenty of trunk space, and this zippy vehicle comes standard with Bluetooth connectivity.  The 2013 Cruze’s standard 138 HP engine delivers up to 29 MPH in the city and 40 MPG on the highway.

You can buy a used Nissan Versa that will gain you plenty of interior space, above-average safety scores, and excellent gas mileage. For example, a 2010 Nissan Versa gets up to 28 MPG in the city and 34 MPH on the highway.

The Ford Fiesta not only handles well and has a classy interior, but it also provides excellent fuel economy compared to some other subcompact vehicles. Reviewers often comment that the car’s handling is precise, it’s a comfortable ride, and it’s fun to drive. The 2012 Ford Fiesta gets as much as 29 MPG in the city and 40 MPG on the highway.

The Chevy Cruze not only offers a fuel-efficient ride but also a well-equipped and safe one. The Cruze is a roomy sedan that might come with borderline luxury features such as navigation, leather seats, and parking assist. Even without the perks, the Cruze has excellent safety score and top-notch fuel economy. The 2011 Cruze will get you up to 28 MPG in the city and an impressive 42 MPG on the highway.

A used Ford Focus is an excellent choice for drivers who put both safety and fuel economy at the top of their must-haves list. For example, the 2010 Ford Focus gets up to 24 MPG in the city and 35 MPG on the highway. The Focus also comes with standard anti-lock brakes, electronic stability control, and Ford’s proprietary MyKey system, which allows parents to set limits for teen drivers.

If you’re looking for an affordable used hatchback with a comfortable interior and great fuel economy, the Kia Rio might be a wise choice. Reviewers of this vehicle find that the Rio has an above-average interior that is roomy and well-appointed. Some of the standard features in the 2012 Rio are an audio system with satellite radio and steering wheel controls. This same car gives drivers 29 MPG in the city and up to 37 MPG on the highway.

The Kia Forte is a reliable used sedan that has received praise for its large trunk space. The car received a modest redesign in 2014, but all of this vehicle’s models offer excellent fuel economy. For instance, the 2013 Kia Forte delivers up to 27 MPG in the city and 37 MPG on the highway.

If you’re looking for an affordable, economic used vehicle, check out any of these cars when you’re ready to make your next used car purchase.

Rebuild Your Credit with Integrity

Integrity’s FIRE Sale [video]
Vehicle added!
The vehicle is already in the wishlist!